Fall in Leipers Fork  by far my very favorite time of the year. The heat is lifted, the braids come out of my horses manes and the flies start to go off duty. It is glorious.

The horses also get a little more spring in their step. Pretty much the only downside is Mr. or Mrs. skunk that likes to reside under the barn begins his/her mating season. And you know who loves to chase skunks? Because he thinks they look like kitty cats. You guessed it. Nigel.

I don’t need to tell you how that story ends.

Our Corset Ring is perfect for fall 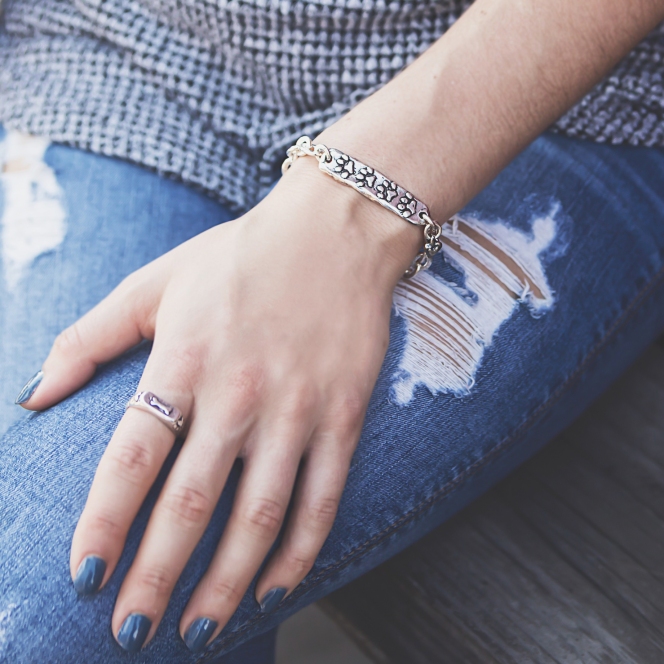 We all love our dogs…even when they smell like skunks (well mostly).
The Love Has Paws Bracelet & Unconditional Love Ring 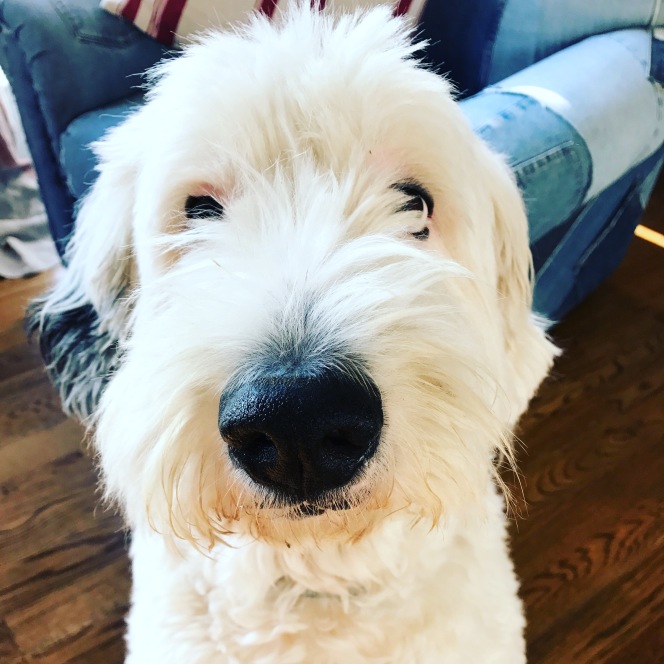 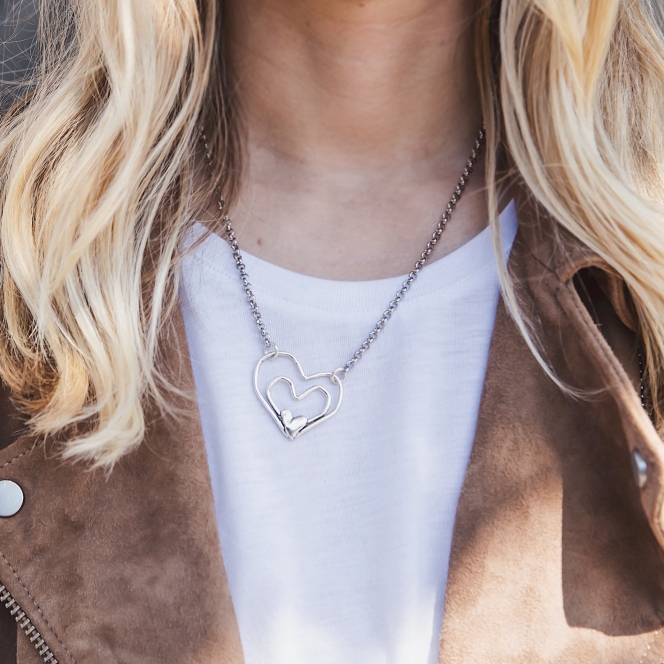 Fall is in the air here in Nashville…well at least the trees are starting to turn. Someone forgot to tell the temperature because it is still in the mid 80’s around these parts. We are looking forward to the cooler days of fall soon! It is by far my favorite time of the year.

Here are some of our fall favorites to kick off our favorite season. And a little hello from Miss Liberty Belle who is matching the fall scenery like a true Island Cowgirl Fashionista.

We were honored to be chosen to exhibit at this years Country Music Fest in Nashville, also known as the CMA Fest. Our booth was located at the Fan-X experience where you could come have a meet & greet with your favorite country music singers. 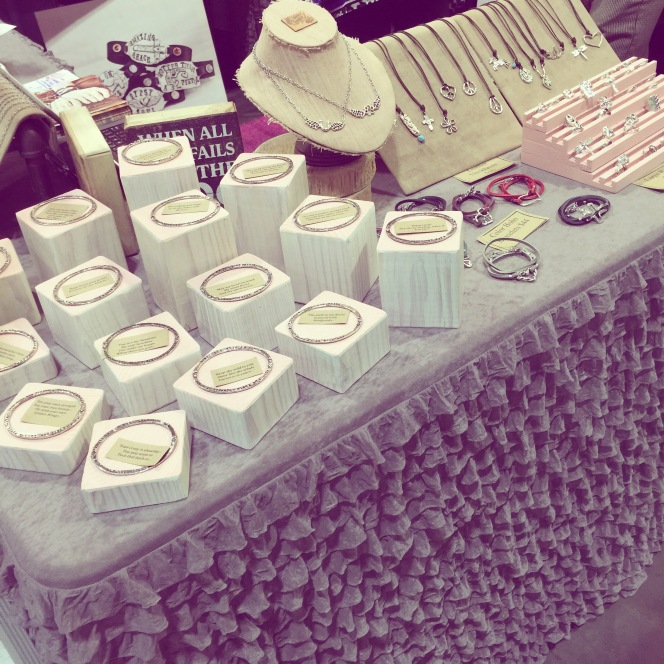 We had a lot of fun meeting people from all over the country and the world who attend the festival. This is our third year exhibiting so we have a lot of customers who come see us year after year…and have become addicted to Island Cowgirl.

We brought a small selection of work from other Nashville artists that we carry in the store…My favorite being the “Shit Creek Survivor” sign.

A big thanks to my husband who was my Sherpa and set the booth up for the show…and my mother-in-law who is the Varage Ninja and found this great chandelier for the booth. It added a little extra bohemian flair.

Another brilliant summer sunrise at the farm…granted it is 5:30am and getting up this early is not for everyone. Well, pretty much not for anyone. But I will always get up and run across the pasture to capture my favorite purple sunrise. It is always fleeting…only lasting a minute or two over the far off ridge…but it is always worth it.

The heat this August was not overly oppressive…unless of course you have hair like Libby & I do. It is akin to wearing a heavy blanket on top of your head. Hair, more hair and more hair. So what better way to beat the heat than to wear the same matching braids. I think she kind of liked them!

Nigel got his usual short summer hair cut and was all ready for his morning duties to clear the pasture of birds. 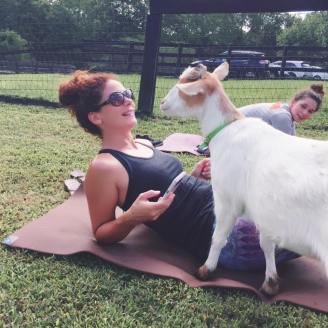 My friends over at Gratidude Ranch here in Leipers Fork have a charity for foster children called Safe House. It is an awesome charity for children in the foster system and they work tirelessly  to give these children a better life. They personally keep a petting zoo of 27 different animals on their property that the children can visit.

They came up with a wonderful idea of having Saturday morning Goat Yoga on their farm in order to raise money for their charity.  Why not? They had lots of willing goats and a pig or two. 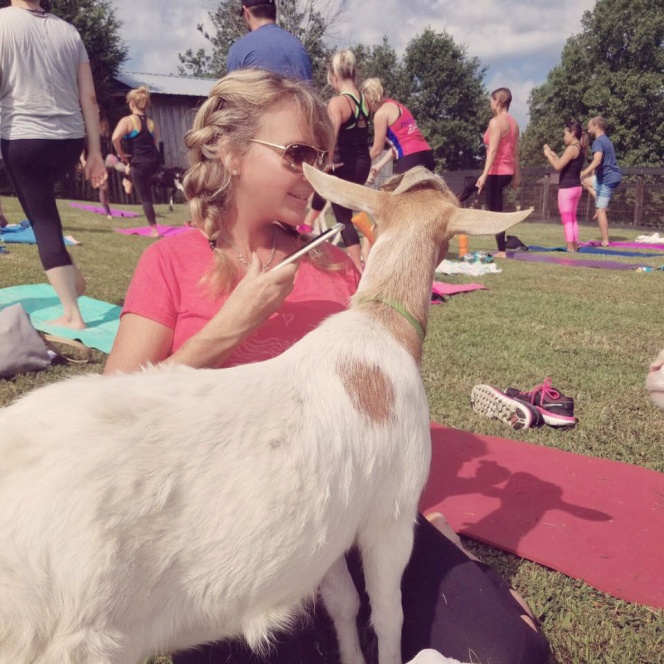 The hardest part of the whole thing was not laughing. Constantly. They were so darn cute and they wanted to snuggle. Although some people brought carrots and had an unfair snuggling advantage. We will be going back again next time for sure! Carrots in hand. If you have a chance check out their Safe House For All and the wonderful work that they do!

We all know that summer may have officially ended when Libby lets her hair down…she looks just like Rapunzel.

We keep her mane braided all summer to give her some relief from the heat…and what a mane she has. It seems to have grown even longer this summer and is well past her shoulders now.  She looks so darn cute with her crazy hair down again. Even Sundance thinks so as he gives her a snuggle. #gypsylove

As summer winds up here in our little Tennessee village we are both happy and sad all at the same time. Summer brings us fireflies in the pasture, green rolling hills forever, brilliant sunrises over the ridge and lots of outdoor music in the Fork. Happy because it will start to cool off soon and bring us all of the blessings of fall. Summer also brings up a sense of wanderlust which makes our Gypsy Stacking Bangles perfect.

Of course my personal favorite is watching the sun come up every morning with Sundance.  This summer we saw some spectacular ones! In the summer I am often up at 5:30am to feed the horses and try to get a ride in before the the heat. Oh, and I have to work too…so think of me when you start work at 9AM and know that I am already 4 hours into my day. But I wouldn’t have it any other way.

A few of our favorite rings…and who doesn’t love dragonflies? A symbol of rebirth. Dragonfly Ring, Blossom Ring and our Oceans of Love Ring

We all have a little gypsy in our soul…this is one of our most popular bracelets. In fact we have one client that travels a lot and annonymously sends them off to fellow gypsies that she meets along the way. How awesome is that! Summer is also a perfect time to get your wanderlust on.

Here are a few of our newest necklaces…of course you know which one is my favorite. The running horse is actually of my Gypsy Vanner horse Sundance called the Wild & Free Necklace. And that is just what he is…my little wild child and appropriately named after the Gypsies of Wales where he originated from.

The Wisdom in your Heart Necklace represents the tree of life and all of the branches of wisdom that go with a life well lived.

It is summertime at the farm and truth be told Nigel is the only one that gets up early with me. We have a deal. I feed the horses and he chases the birds. We both take our jobs very seriously. In fact he has declared the whole pasture a “no fly” zone. I will go as far as to say that the birds are not even allowed to sit in the trees anymore.

Some old fashioned things like fresh air and sunrises are hard to beat and there are some amazing sunrises here in Tennessee in the heat of the summer.

So a few weeks ago we went to use the BBQ on the deck…and inside there was a bird nest with eggs. We unanimously decided that we would have to cook the burgers inside the house…and save the baby birds.

Well they hatched and I found a fat one in the Magnolia bush who had apparently launched himself off the deck. At least he had a soft landing.

The other one is still up on the deck and seems to be a late bloomer. He’s been hopping around for three days with his mouth open hoping his mom will still feed him. He’s been making a sorry attempt to fly…but gives up pretty fast and would rather just have take out brought in from his mom. We think he is acting a little bit like a Millennial. Living at home in his parents basement and getting fed. Ryan says he’ll figure it out. He was rocking a pretty nice Mohawk though. 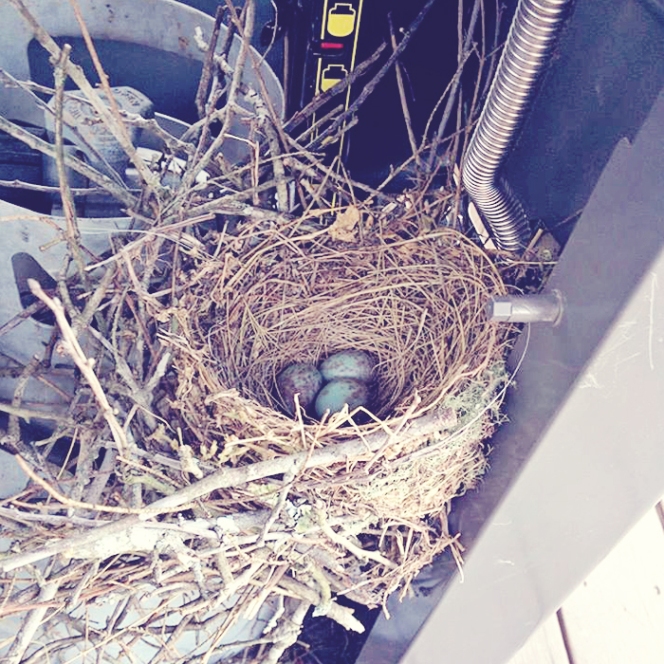 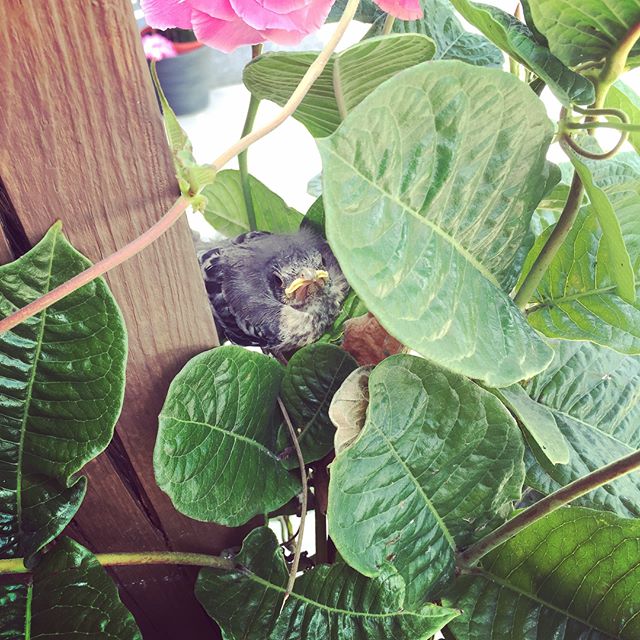 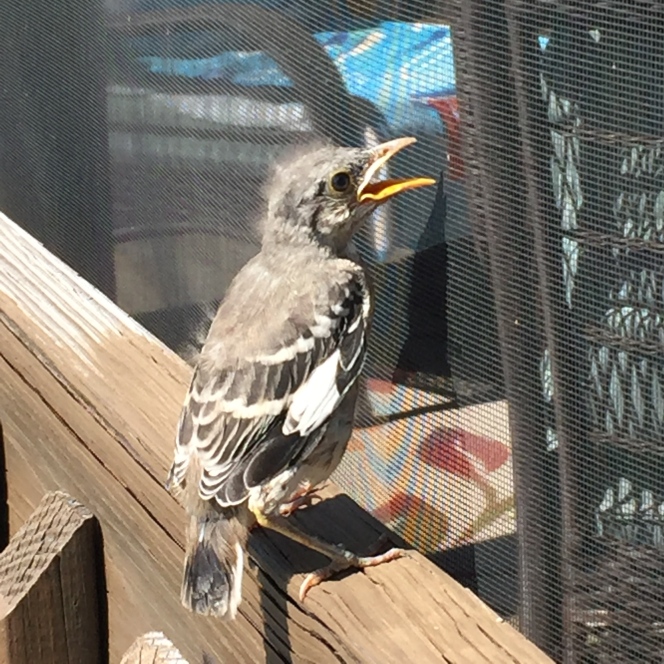 The last thing a carrot sees…

Does this dog make my butt look fat?

“Summertime is always the best of what might be…”

Hit the beach and don’t worry…we’ve got you covered. Summer favorites to channel your inner mermaid. Our Anchor Necklace is perfect for your trip to the beach and the Palm Tree Necklace reminds us of a little bit of paradise.

dreaming of the sea in Tennessee…

I finally found something to do with my vintage soda bottle obsession…finally finished this project last night. I have been thinking about and planning to do it forever!

My husband and I love collecting Vintage Industrial objects and finding cool ways to repurpose them into functional art. We fall in love with a little piece of Americana and just can’t bear to see it end up in a land full somewhere.

It is one of the reasons we love Nashville so much. There are endless flea markets and antique fairs where we find a discarded treasure. We bring it home and give it a second life.

It is starting to warm up here in Tennessee and is already feeling a lot like summer. The fireflies are lighting up the pasture each night and the rainbows run across the sky almost with each rainfall. And of course the sweet tea is flowing. Grass mowing is a national past time here and the grass practically grows while you are watching it.

We have put together some of our favorite summertime pieces from our collection…So hit the beach and make sure you channel your inner mermaid.

Mothers Day is coming up on May 14th…don’t forget mom! We have some great Mothers Day gift ideas on our website to make shopping easy for you. Show mom some love and get her something special…Check them out! 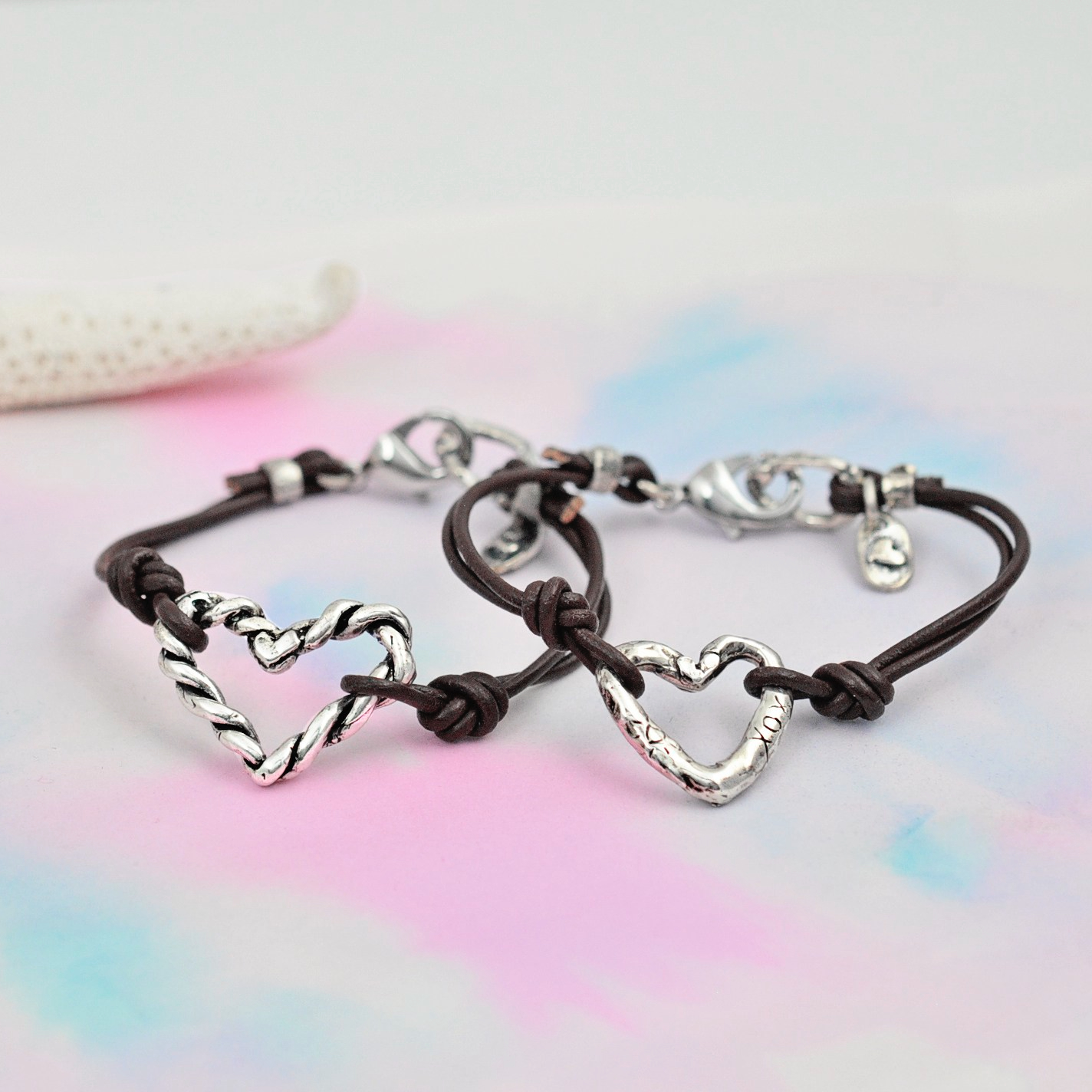 Love will draw an elephant through a keyhole…💕

What do you do on Easter you live in a small town like Leipers Fork? Well you have dinner with your neighbors of course. All 400 of them. Well it was supposed to be about 200 but a few extras showed up.

One of the magical things about living in Leipers Fork, TN. is the sense of community and genuine southern charm. People get to know each other. They ask how you are…and really mean it. And we have events like Feaster. 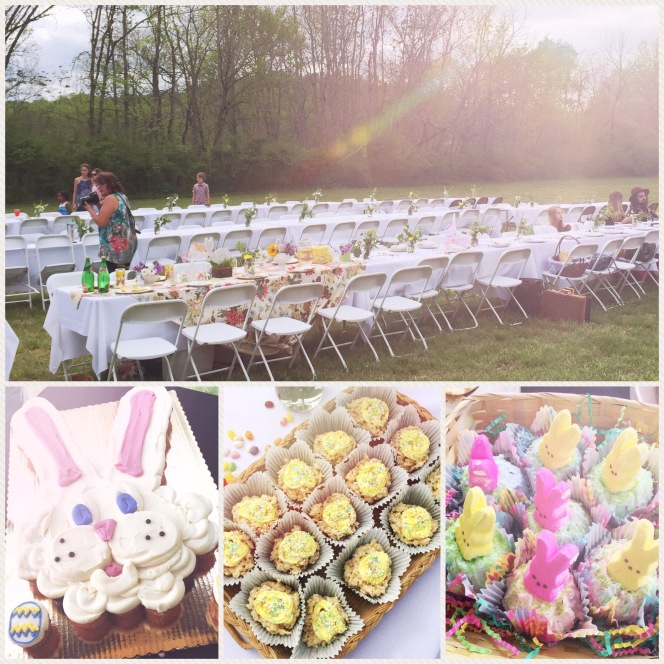 The directions were simple. It was held in the big field across from town…Bring a dish to pass and bring your fine china…because paper plates were not allowed. Dress was hillbilly chic and the blessing was at 3:45pm…Dinner was at 4. Clean up and take what you brought in because “we ain’t your mamma”.

There was a full on Easter egg hunt complete with the Easter bunny and a golden egg…They tried to arrange it by age but since they all ran into the field at the same time…the announcer said…”oh heck…let them all go.” You can’t really hold back an Easter egg hunt, can you?

The Easter Bunny was pretty cute…but I still think my husband is cuter.