Skip to content
October is Breast Cancer awareness month everywhere…especially here at Island Cowgirl. My mother is a Breast Cancer survivor so it really is a cause close to my heart. She was one of the lucky ones that managed to survive and thrive. My mom lost her mother to cancer when she was only 52 so it was a very frightening legacy to bear. Millions of other women have the same stories…

END_OF_DOCUMENT_TOKEN_TO_BE_REPLACED

I am going to have to get one of each…On some days I feel like a Gypsy Soul…and some days I am sure my husband will say that I am Hell on Heels. END_OF_DOCUMENT_TOKEN_TO_BE_REPLACED

“as you grow older, you will discover that you have two hands…one for helping yourself and one for helping others…” ~ audrey hepburn END_OF_DOCUMENT_TOKEN_TO_BE_REPLACED

This is our Listen with a Brave Heart bracelet on leather cord. (It also comes in a necklace) This is a great inspirational piece of jewelry for pretty much everyone and everything.

END_OF_DOCUMENT_TOKEN_TO_BE_REPLACED

We are so excited that our men’s Rune Bracelet is going to be on the new season of Survivor Redemption Island. Our very own local Huntington Beach resident, Steve Wright, discovered our jewelry at our flagship store.

He liked it so much he brought it as a good luck talisman when he competed on the upcoming Survivor season filmed in Nicaragua. Steve is a former NFL player who has played with the Dallas Cowboys and the LA Raiders.

Our men’s rune bracelet has four ancient viking symbols that encircle it that represent strength, courage, love & success. We hope that this bracelet worked it’s magic for Steve!

Survivor Redemption Island begins February 16th…so be sure to tune in! 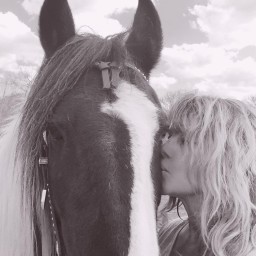 Howdy! I am Heather ~ a jewelry artist living in Nashville, Tennessee with my husband and a menagerie of animals.